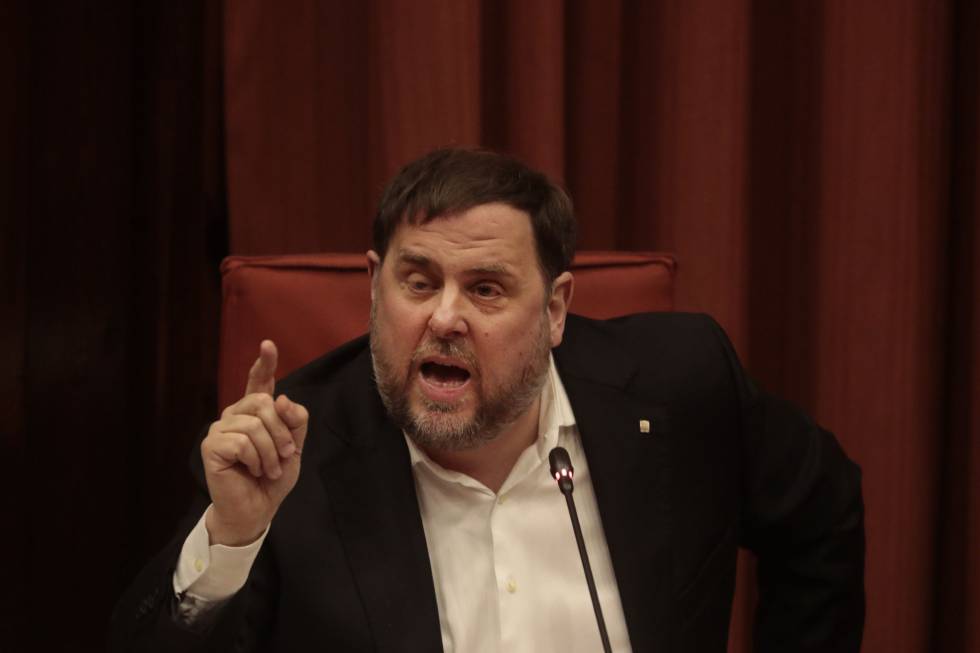 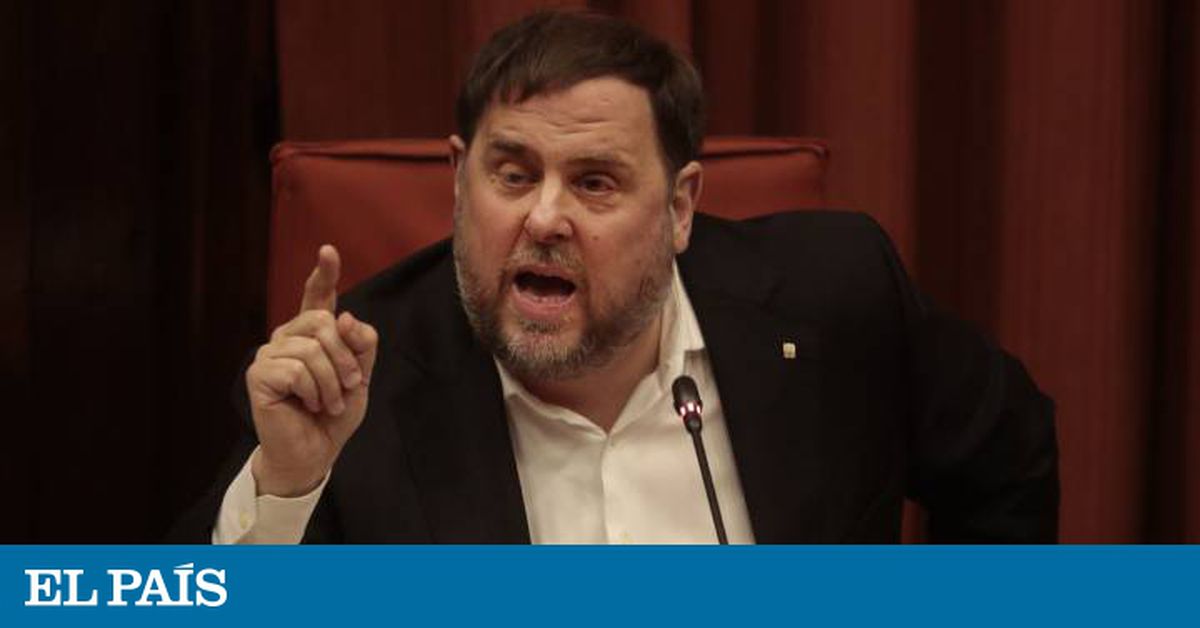 Six politicians who were jailed last year for their part in the 2017 independence drive in Catalonia were taken to the regional parliament on Tuesday, where they were due to speak as part of an investigation commission covering the application of Article 155 of the Spanish Constitution that year. The measure, taken by the central government in Madrid, suspended the regional powers of the Catalan government in response to the illegal referendum on secession from Spain held on October 1, 2017 and the subsequent unilateral declaration of independence passed by the parliament.

Speaking in the chamber on Tuesday, the jailed head of the Catalan Republican Left (ERC) party, Oriol Junqueras, reiterated his desire to hold talks with the central Spanish government about Catalonia and its place within Spain, and also argued that he did not commit any crimes in 2017. Junqueras was jailed by the Supreme Court for 13 years for the offenses of sedition and misuse of funds for his part in the secessionist drive that year.

Jail is a part of the path toward freedom, it has a poetic beauty to it

Junqueras and five other politicians were transferred early on Tuesday morning from two prisons in Catalonia to speak in the commission, which is being viewed by anti-independence parties in the parliament as a platform for pro-secessionist propaganda.

“We have some skepticism with the Socialists,” Junqueras told the parliament. “Because they have given us many reasons to [be skeptical]. But that is compatible and is not contradictory with the enthusiasm and willingness we have when it comes to talks.”

ERC played a key role in getting Socialist Party (PSOE) chief Pedro Sánchez voted back in as prime minister in Spain’s lower house of parliament, the Congress of Deputies. The pro-independence party agreed to abstain at Sánchez’s investiture vote, in exchange for a commitment from the new PSOE-Unidas Podemos coalition government to enter into talks with Catalan politicians over the future of the northeastern Spanish region.

It was announced on Tuesday that PM Sánchez will meet with the Catalan regional premier Quim Torra on February 6 in Barcelona as part of the promised talks. On Tuesday Torra was stripped of his role as deputy in the Catalan regional parliament while Spain’s Supreme Court considers his appeals against being barred from office. Torra was found guilty of disobedience for having refused to remove banners supporting the jailed politicians during an election campaign, thus violating Spain’s electoral law. For now, however, Torra is still serving as the regional premier but could be removed from that position depending on the top court’s rulings.

“The talks are a step forward, because this is the first time that the existence of a political conflict has been recognized,” said Junqueras. For the ERC president, “the flag of dialogue” is the “best thing to make the Catalan republic a reality.”

As for the application by the then-Popular Party (PP)-led government of Article 155 of the Constitution, Junqueras was unequivocal. “It did nothing to stop us,” he said. “We are not scared, we never have been, and we are now less than ever. Jail is a part of the path toward freedom, it has a poetic beauty to it.” He added: “Those who said the most times that they had gutted us are no longer [in politics], but I am.” He explained that he was referring to the then-deputy prime minister, Soraya Sáenz de Santamaría, who has since left politics to work as a lawyer, and Albert Rivera, the former leader of center-right anti-independence party Ciudadanos (Citizens), who also left politics after his party suffered a crushing loss at the November 2019 general elections.

“Nothing that we have done is a crime,” Junqueras continued. “Not holding a referendum, nor defending the republic or independence. Jailing us is unfair,” he said, before adding that “the judicial rulings from a number of European courts have proved us right.”

Regional deputies from the Catalan Socialist Party (PSC) and the PP did not participate in the commission, on the basis that they considered it to be partisan. Deputies from Ciudadanos also left the chamber after their spokesperson, Lorena Roldán, had spoken .

Junqueras’s words were received with applause from deputies belonging to the pro-independence parties Together for Catalonia, the ERC and the far-left CUP. The politicians were also warmly welcomed on their arrival at the parliament building on Tuesday morning, with crowds shouting “Freedom!” in Catalan.

Quarterback goes AWOL for selfie – but the game’s not over