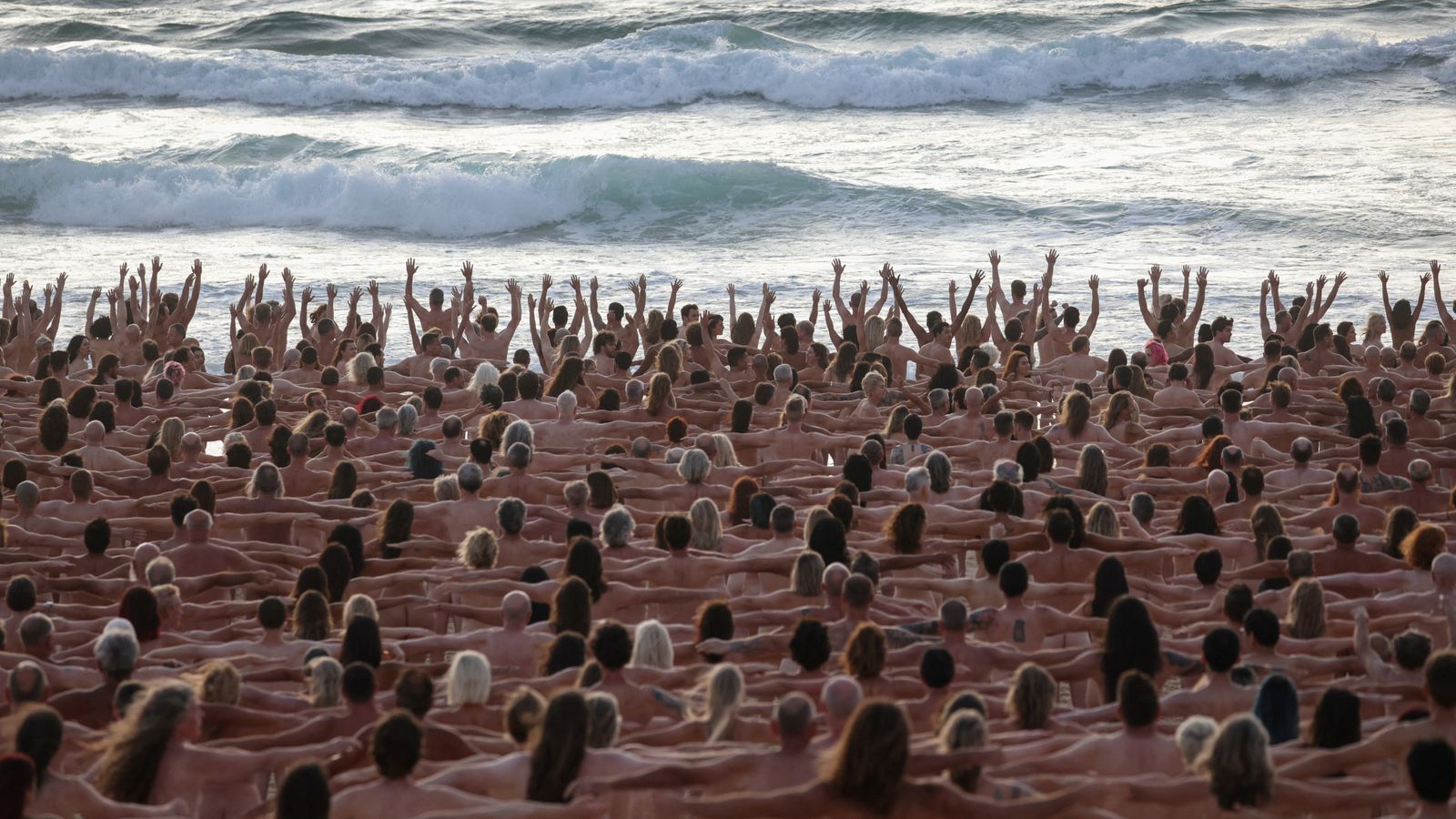 Thousands of people stripped off for a mass nude photo on an Australian beach to raise awareness about skin cancer.

Where are we when we’re at our angriest? Tweet location study reveals trends

Sydney’s Bondi Beach saw a sea of swimsuit-less individuals being directed via megaphone by US photographer Spencer Tunick on Saturday.

Mr Tunick, known for staging mass nude photo shoots at world landmarks, had attendees organise themselves in several poses on the beach before many took a skinny dip in the ocean.

The New York-based artist collaborated with a charity on the naked art installation in a bid to raise awareness about melanoma, Australia’s fourth most common form of cancer.

The federal government estimates that this year more than 17,000 new cases of skin cancer will be diagnosed in Australia, and more than 1,200 Australians will die from the disease.

On a crisp spring morning in Sydney, Mr Tunick said: “We have an opportunity to raise awareness about skin checks and I’m honoured… to come here, make my art and just celebrate the body and protection.”

A participant, Robyn Lindner, said she overcame nerves to strip for the shoot.

“I was secretly terrified (and) last night I have to confess I was thinking, ‘What have I done?’

“But it was great, everyone was a really good vibe, everyone was really respectful and it just felt really fun,” Ms Lindner told Reuters.

Mr Tunick last directed a mass shoot in Sydney in 2010, when 5,200 Australians posed naked at the Sydney Opera House.

Where are we when we’re at our angriest? Tweet location study reveals trends

Franco’s family at the Mingorrubio cemetery: “This is a dictatorship”