An easy mistake? Artwork hung upside down for 75 years 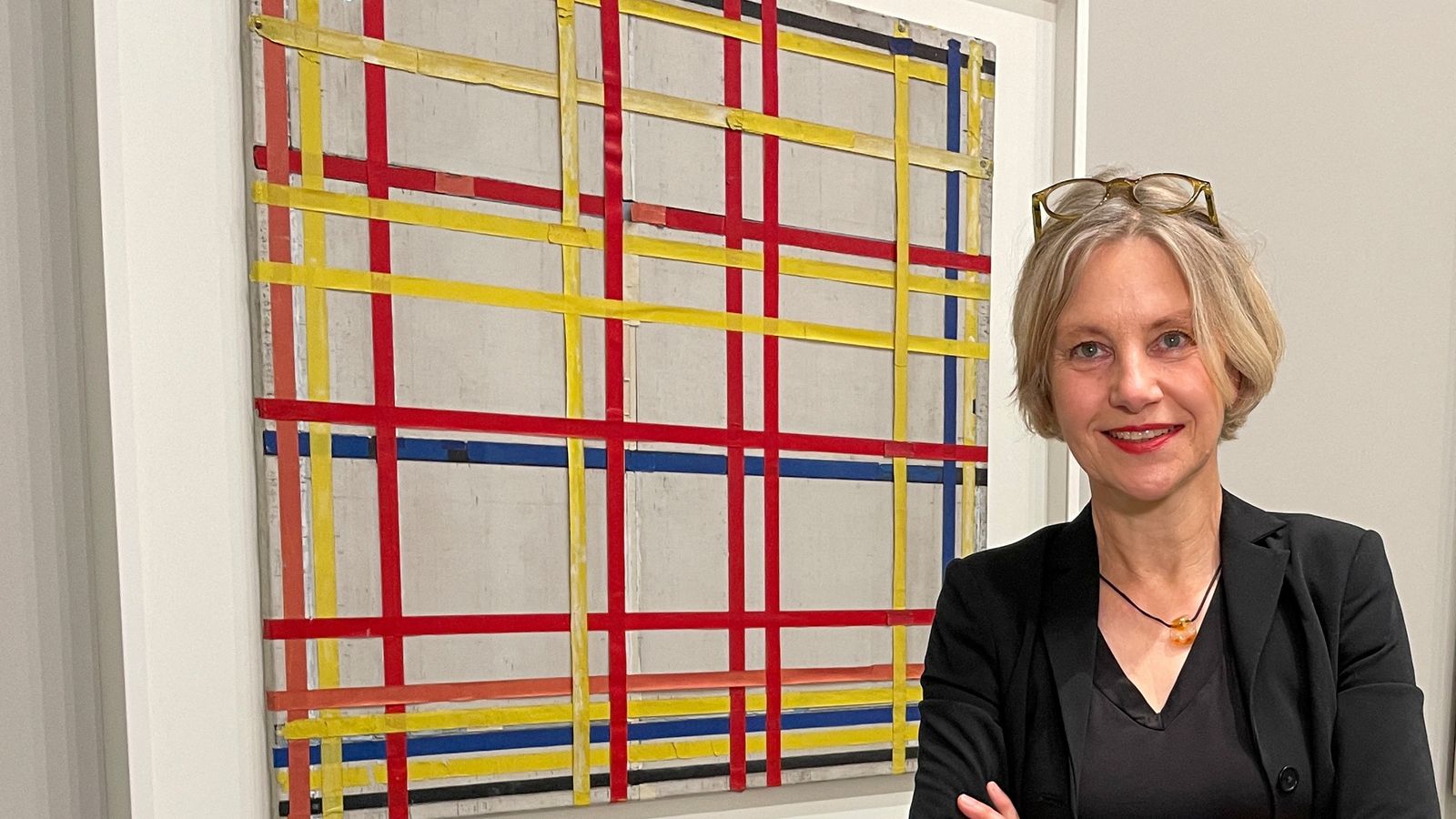 An artwork has been hanging upside down – for more than 75 years.

New York City I is one of Dutch abstract artist Piet Mondrian’s most important works but experts now believe it has been the wrong way up for decades.

Despite the realisation, it will remain that way in case the strips used in the artwork come loose.

The picture was created in 1941 and first put on display at the Museum of Modern Art in New York in 1945.

Since 1980 it’s been hung in the Kunstsammlung Nordrhein-Westfalen art collection in Dusseldorf, Germany.

At an event for the artist’s anniversary exhibition, curator Susanne Meyer-Buser talked about the history of the artwork – which uses red, yellow, blue and black adhesive strips – then stunned the audience by revealing its secret.

She said she’d come across a photo from Mondrian’s studio, taken a few days after his death in 1944, and the picture could be seen on the easel in a different orientation: the denser stripes on the upper edge.

“The thickening of the grid should be at the top, like a dark sky,” she told The Guardian.

“Once I pointed it out to the other curators, we realised it was very obvious. I am 100% certain the picture is the wrong way around.”

Mondrian, who was born in the Netherlands in 1872, is regarded as one of the greatest artists of the 20th century.

The firefighter who has become Bangkok’s top snake catcher