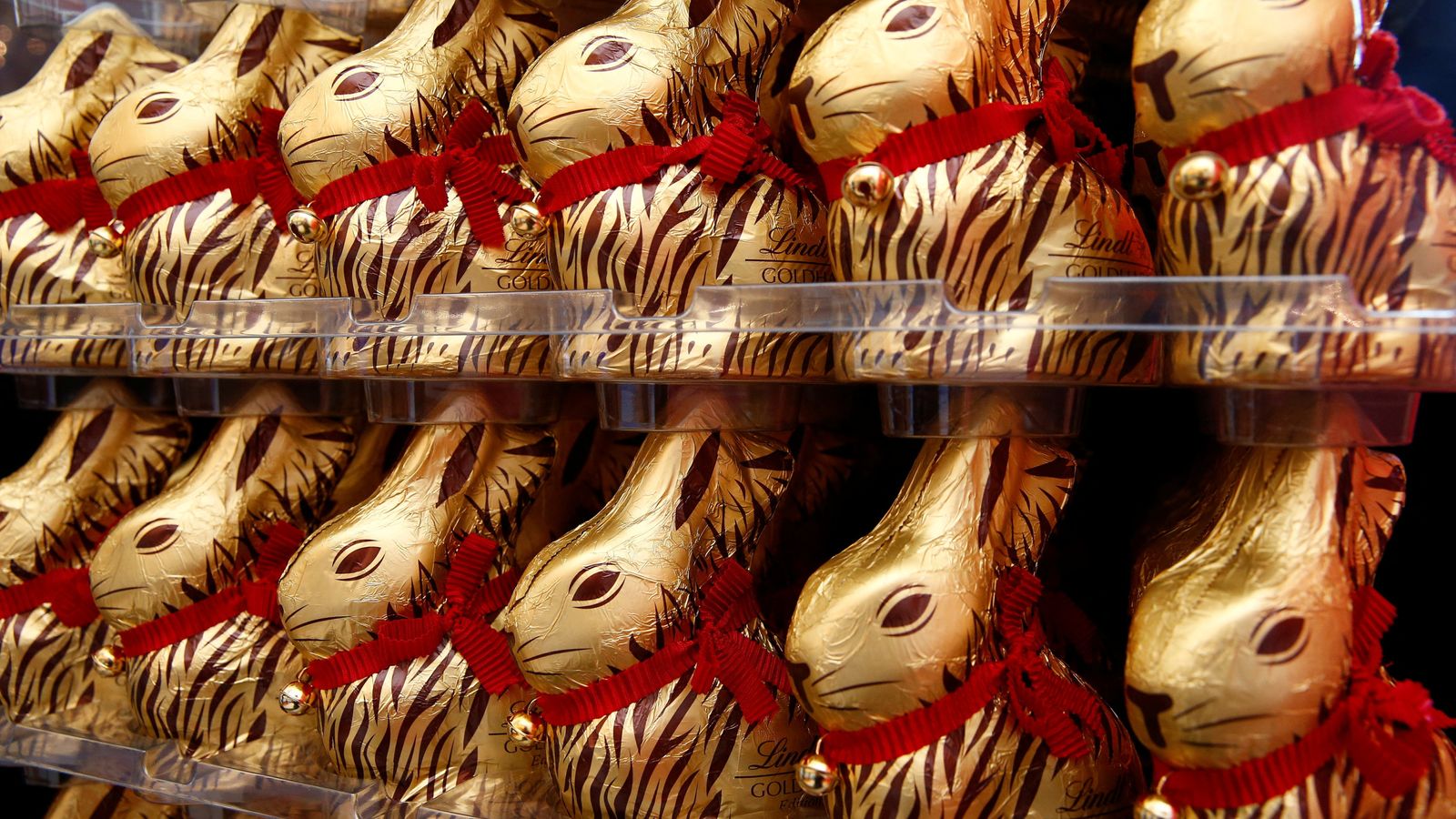 Lidl has been ordered to destroy its chocolate bunnies after it lost a court battle with Lindt.

The Swiss firm had argued its gold-wrapped Easter rabbit deserved copyright protection from a similar product sold by the budget supermarket.

Switzerland’s highest court agreed and overturned a ruling last year by the country’s commercial court that had sided with Lidl.

It ordered that all the imitation bunnies be destroyed, but suggested the chocolate needn’t be wasted and could be melted for use in other products.

“Destruction is proportionate, especially as it does not necessarily mean that the chocolate as such would have to be destroyed,” it said in a summary of its verdict on Thursday.

It said even though there are some differences between the two products, there was still the possibility of confusion for consumers.

Lindt’s bunny has a red bow and bell, while Lidl’s has a green bow and bell. The colour of the foil is similar as are the illustrations of the features.

The company has been to court before to protect its popular Easter treat and last year a German federal court said the shade of the gold wrapping was also protected.

It’s not the first ‘copycat’ legal dispute to involve one of the big discount supermarkets, who model many of their own-label products on established rivals.

Marks and Spencer came to an agreement with Aldi earlier this year after claiming the Cuthbert cake was too similar to its own Colin the Caterpillar.

Russian and US visitors, targets for the Spanish firm that spied on Julian Assange

Oh boy? Confusion over gender of ‘hero’ dog injured in IS raid

Mafia fugitive arrested after being spotted on Google Street View