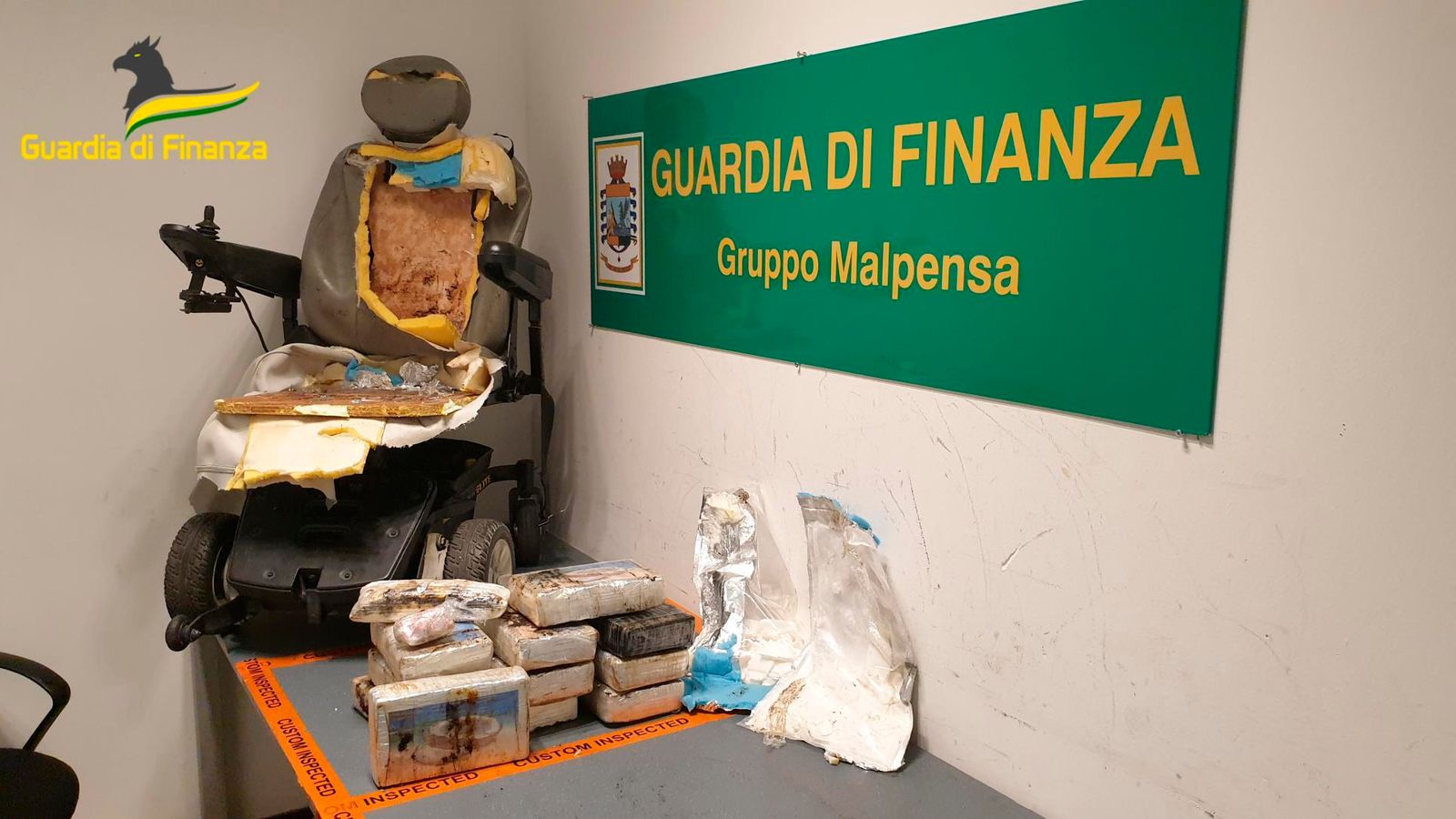 Almost £1.2m worth of cocaine was found in a motorised wheelchair in Italy.

A sniffer dog helped police at a Malpensa Airport in Milan make the discovery.

The canine unit was on patrol at the airport checking arriving passengers and their luggage from the flight from the Dominican Republic, a commonly used drug smuggling route.

When the dog drew the officers’ attention to the wheelchair, police checked the luggage but found nothing.

They then cut open the upholstery of the wheelchair and found cocaine.

Police said when the discovery was made, the user, a Spaniard, got up from the wheelchair and walked unaided.

Five of Spain’s most captivating castles

Remembering the Spaniards who died at Mauthausen