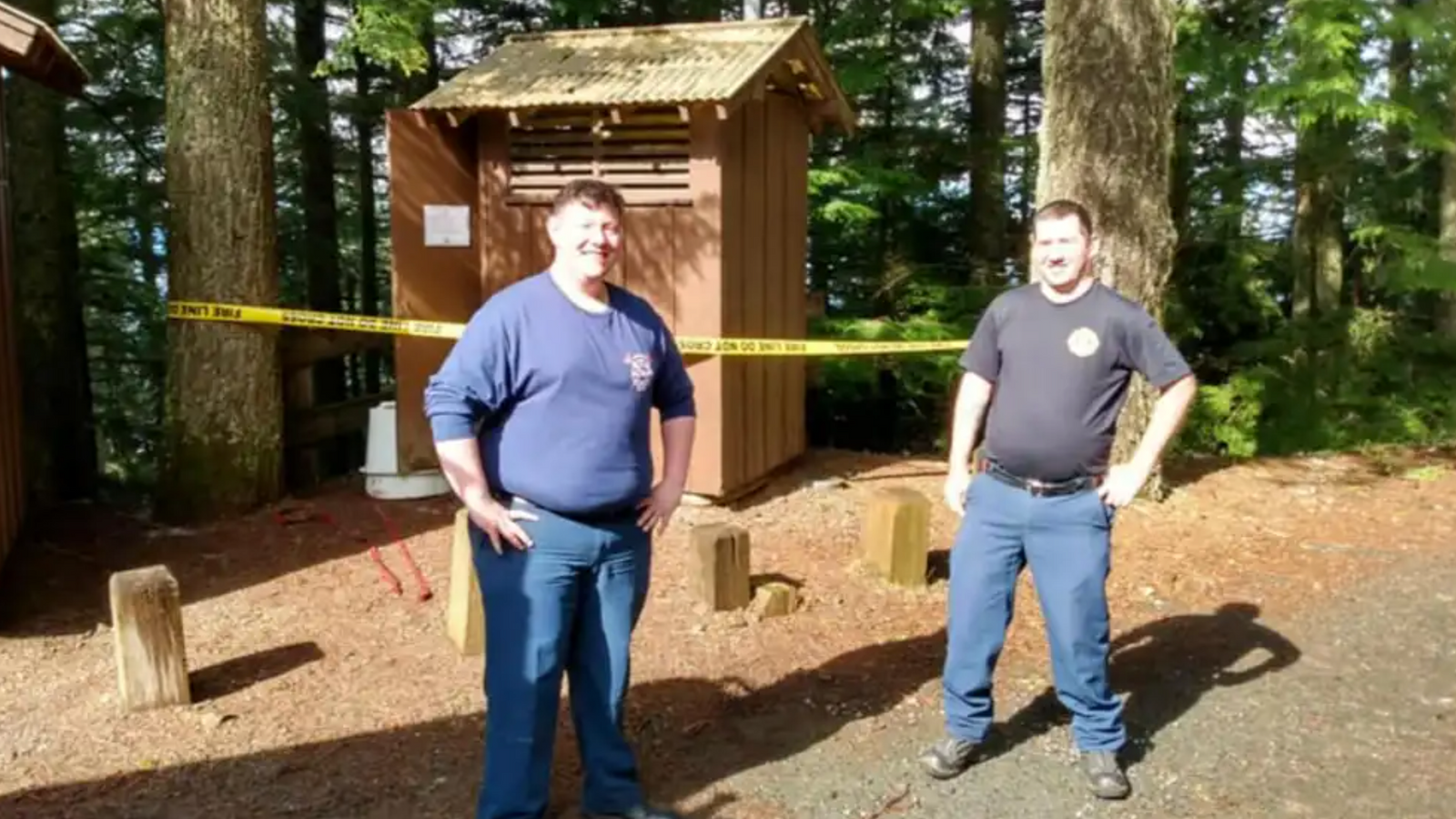 A woman had to be rescued by firefighters after falling into a toilet while trying to find her mobile phone that had accidentally been dropped into it.

The woman, who was not named, was at the top of Mount Walker in the Olympic National Forest, northwest of Seattle, Washington State, when the incident occurred near a car park.

She had been using her phone when it suddenly fell into a vault toilet, according to The Kitsap Sun.

A vault toilet is a non-flush toilet which is constructed with a vault or sealed container that is buried deep down in the ground.

Brinnon Fire Department Chief Tim Manly said the woman, aged in her 40s, managed to take the toilet seat off and used dog leads to try and get the phone.

When this didn’t work, she used the leads to tie herself to the toilet as she reached for it, but this resulted in her falling in headfirst.

Mr Manly said: “They didn’t work very well and in she went.”

He added the woman tried to get out for 10 to 15 minutes as she was on her own.

She then called 911 after being reunited with her phone down the toilet.

Firefighters passed her blocks to stand on to reach a harness when they arrived and pulled her out of the vault.

The Brinnon Fire Department added she said she was uninjured in Tuesday’s incident.

After being washed down, the department said she was “strongly encouraged to seek medical attention after being exposed to human waste, but she only wanted to leave”.

Junk TV is more toxic than we thought