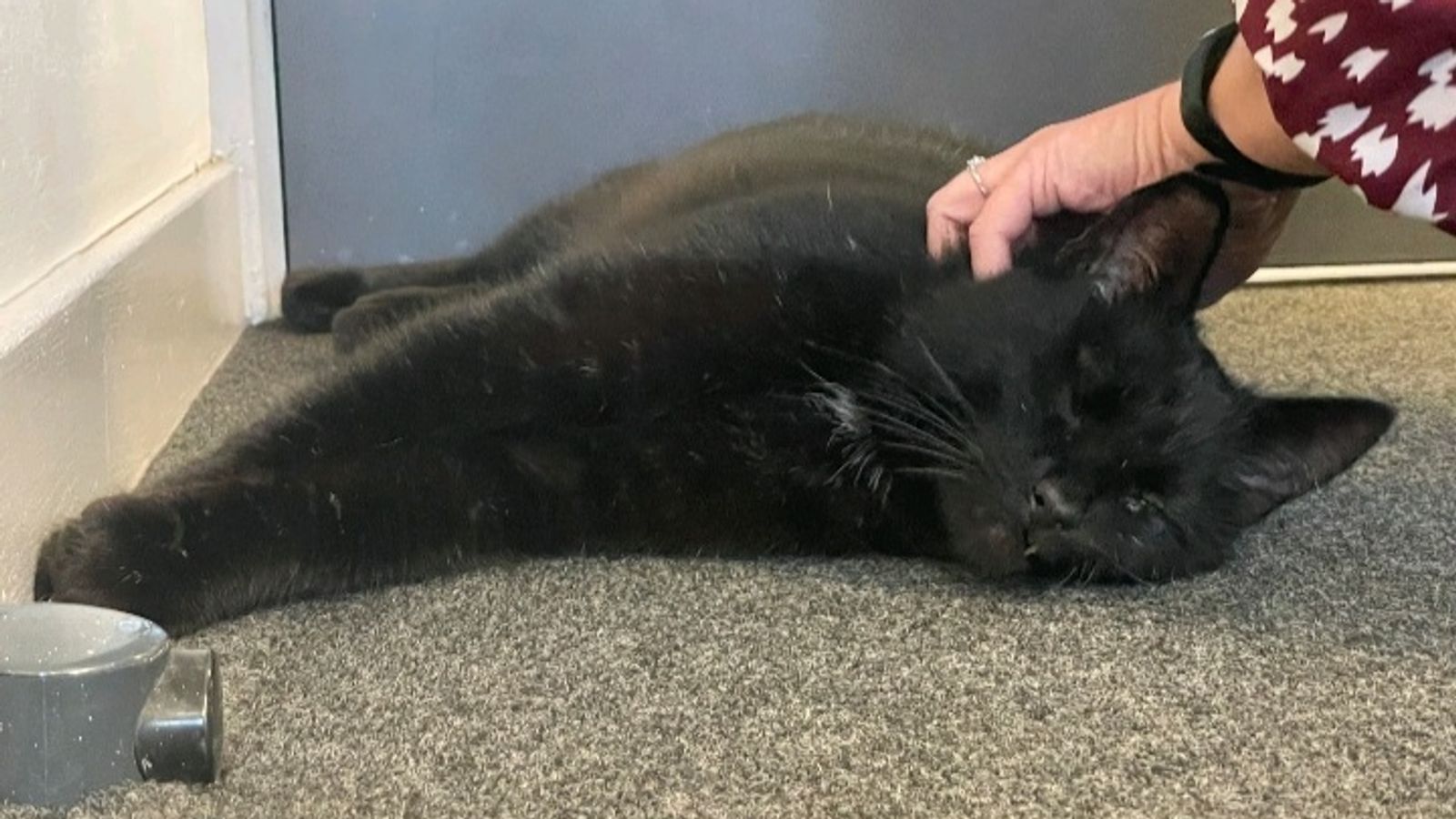 A cat has been reunited with his owner after being discovered on an offshore oil rig – five years after he went missing.

The adventurous feline was found in a shipping container by bamboozled workers and flown back to the Scottish mainland by helicopter on Friday.

His microchip was subsequently checked by staff from the Scottish SPCA – unmasking the cat’s true identity as Dexter.

It’s also emerged that he had been living as a stray around Peterhead Prison in Aberdeenshire in recent years.

Dexter had even earned the nickname “one-eyed Joe” from the prison staff who kept him fed and watered.

Aimee Findlay, an animal rescue officer at the SPCA, admitted she has “no idea how the cat ended up” in the container.

She said: “We are so glad that he was well looked after for the time he was missing but were even more delighted to be able to reunite him with his original owner, thanks to his microchip being up to date.”

Anyone who finds an animal injured or in distress is being urged to call the Scottish SPCA’s helpline on 03000 999 999.

Message in a bottle from 2018 found by teen after travelling 2,000 miles