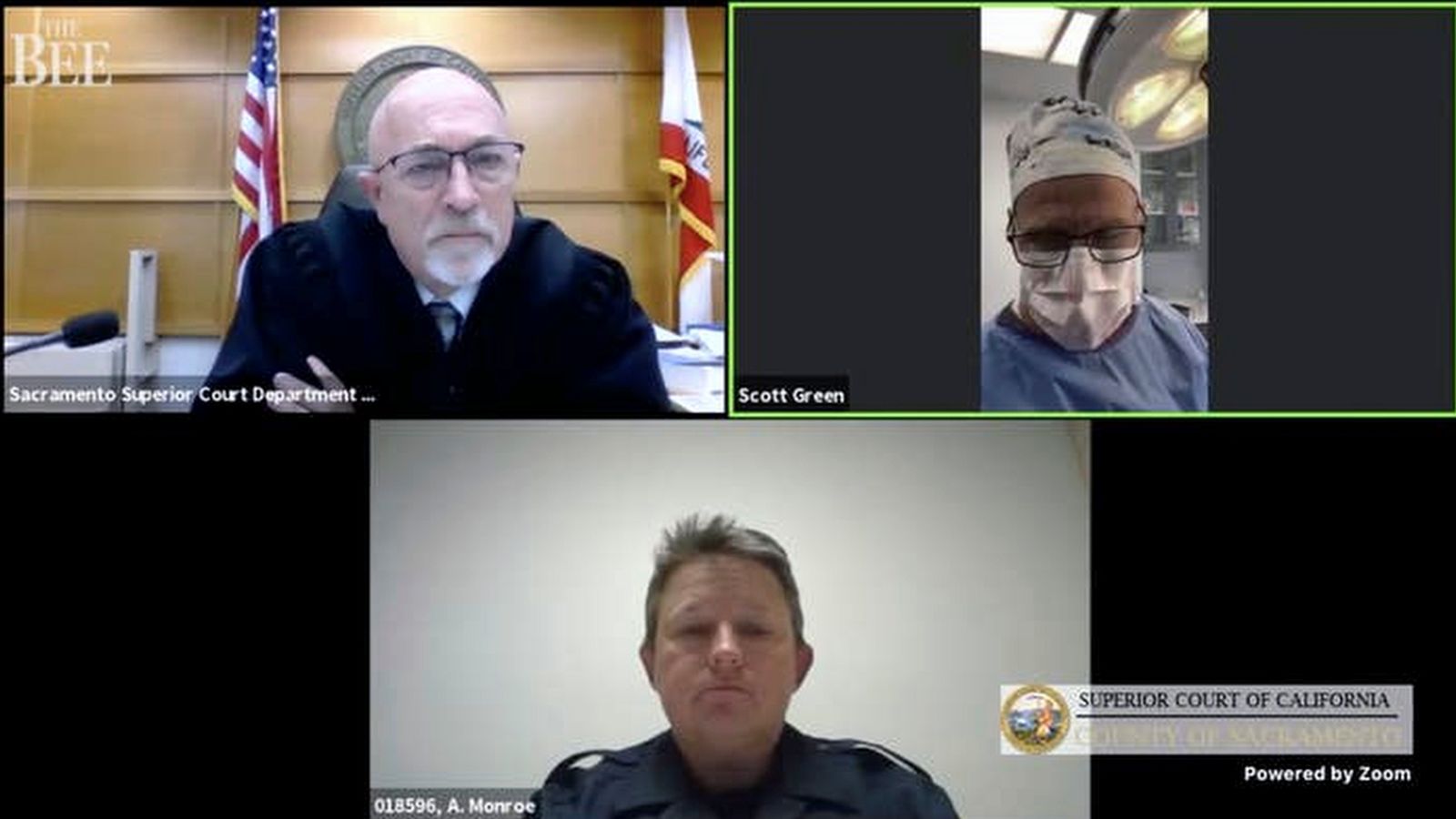 A Californian plastic surgeon is being investigated after he attended a virtual court hearing while operating on a patient.

Dr Scott Green reportedly turned up for the video conference – which concerned a traffic violation – while in an operating room and wearing surgical scrubs.

According to the Sacramento Bee, beeps of medical machinery could be heard during the Zoom call, and the patient’s procedure was taking place just out of view.

A courtroom clerk asked Dr Green: “Are you available for trial? It kind of looks like you’re in an operating room.”

The doctor confirmed that he was in the middle of surgery, but urged the court to proceed.

Dr Green appeared to continue working with his head down while he waited for Thursday’s trial to begin.

But when the judge entered the chamber, he said he was reluctant to proceed over concerns for the patient’s welfare.

The doctor appeared to dismiss these concerns, replying: “I have another surgeon right here who’s doing the surgery with me, so I can stand here and allow them to do the surgery also.”

But the judge decided to postpone the hearing because it wasn’t appropriate to conduct a trial under the circumstances – telling Dr Green he would rather set a new date.

The doctor apologised, but the judge interrupted him and said: “We want to keep people healthy, we want to keep them alive. That’s important.”

The Medical Board of California says it is looking into the incident, and expects surgeons to follow the standard of care when treating their patients.

Bad education? Why more class time has not improved academic results in Spain

Catalonia after the ruling