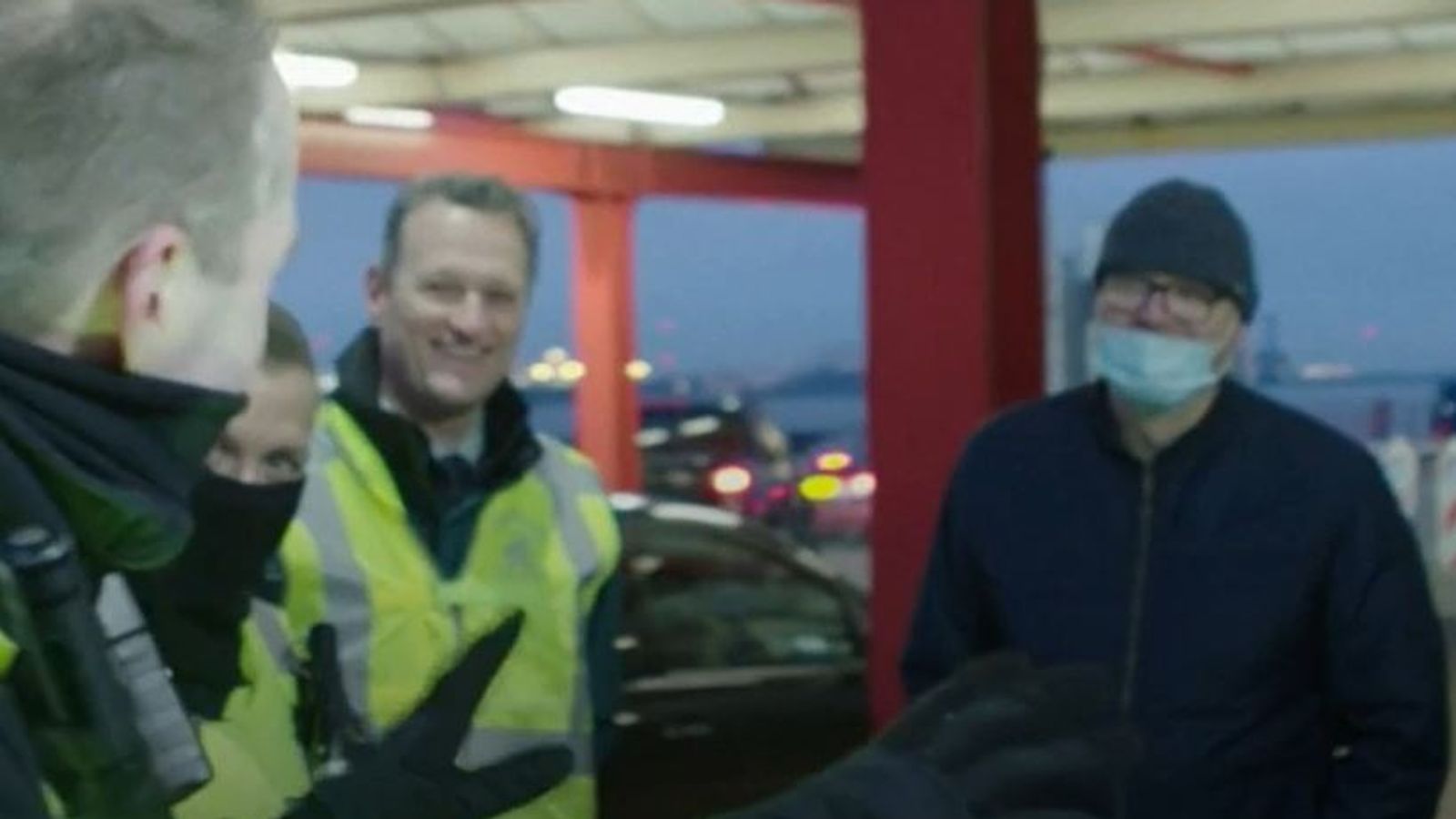 A driver travelling from the UK had his ham sandwiches confiscated by Dutch border guards, who said they were now prohibited under post-Brexit rules.

Video shows an official handling one of the contraband snacks, neatly wrapped in foil, as he asks its owner: “Do you have meat on all the bread or not?”

When he replies he does, he’s told: “Yeah, okay, then we take them all.”

The driver asks if they can “take off the meat and leave me the bread?” – but is informed that “everything will be confiscated”.

“Welcome to the Brexit sir, I’m sorry,” says the smirking border official at the Hook of Holland.

The footage is believed to have been recorded last Wednesday, 6 January.

The UK and the EU finally negotiated a trade deal at the end of last year, meaning many rules have now changed.

People travelling from a non-EU country into the bloc are not allowed to bring meat or dairy products with them.

The rule is in place to guard against the potential spread of animal diseases, such as foot and mouth and swine fever.

Travellers carrying undeclared meat and dairy can be fined or be prosecuted under the rules, which warn that any such products “will be confiscated and destroyed”.

A limited amount of fruit, vegetables, honey and fish is allowed.